Narindar started the Law Firm of Kang and Company in 1992, after completing his articles with the renowned law firm of Russell and DuMoulin (now Fasken Martineau) in 1991. While engaged in his private law practice, Narindar has served on the Systemic Bias and Multiculturalism Committees of the Law Society of British Columbia, and has been a Member of the International Bar Association and Commonwealth Bar Association.

Narindar was also elected in 2000 by his lawyer colleagues to the National Council of the Canadian Bar Association -British Columbia Branch.

In 2002, Narindar was appointed by the Governor-General in Council as an Immigration Judge at the Immigration and Refugee Board of Canada (“IRB”). In this capacity, Narindar sat at the Immigration Appeal Division, and rendered over 500 decisions on immigration appeals, including on marriage, adoption, medical, and financial refusals by Canadian Immigration authorities, and appeals from deportation orders. While a Judge at the IRB, Narindar, along with his Vancouver colleagues, received the Head of the Public Service Award for 2003. This Award is one of the most prestigious honours that the Government of Canada can bestow. It was given for designing and implementing an ADR (Alternative Dispute Resolution) process for persons appealing to the Immigration Courts.

A litigator and an academic, Narindar has presented various lectures, and delivered papers at the Commonwealth triannual conferences held in Vancouver, B.C. and Kuala Lampur, Malaysia, at the Continuing Legal Education (CLE) courses held for lawyer colleagues in British Columbia, and for the Peoples’ Law School. 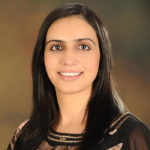